Why Are Vaccines Important?

Our body is constantly attacked by foreign elements such as bacteria, fungi or viruses that, upon entering our body, generate various diseases. These harmful elements are called noxas. Against this we have a defense system called the immune system, which works based on information. That is: the immune system, through its different elements, takes cognizance of the entry of one or more noxas and elaborates elements that are going to block them, these are called antibodies, and they are specific for each type of noxa. The system also has memory, in such a way that the structure of the noxas is recorded so that the next times they enter, the immune system already has knowledge of its structure and easily makes the necessary antibodies.

It happens that sometimes a noxa can enter that has the ability to quickly invade the body, and exceed the ability to analyze and produce antibodies, because the immune system has no knowledge of the structure of this foreign element and is overcome by the noxa, the consequences of which can be deadly.

‍
The immune system can be informed about the structure of a noxa not yet known to it, making the “presentation” of the noxa so that it can learn and save this information in its memory. This presentation can be by entering the same artificially attenuated or dead noxa, since you only need to know what it is like. Or it can also be done through an intelligent system called a messenger, which contains only the information on the structure of the noxa.

‍
This induced response system is called vaccination, and its origin dates back to 1798, the year in which Edward Jenner used the term "vaccine", derived from "cow", due to the studies he carried out on cowpox.
From that moment on, vaccines began to be prepared against a number of diseases and, thanks to this, thousands of lives have been saved.

‍
With this foundation we can realize that the organism must prepare to have knowledge, file in its memory and be suitable (immunocompetent) for the entry of very harmful toxins. This is what vaccination is all about.

In summary, vaccines optimize the immune system, produce a positive reaction, achieve organisms prepared for the permanent attack of foreign elements that, due to their aggressiveness, can make our defense system give in.
It is necessary to mention that its role is to trigger a series of intelligent reactions on the part of the immune system and it is not possible that it can alter the genetic structure of our cells as many empiricists claim.

Food does not consist solely of the act of ingesting nutrients. It is important to take into account the physiology of our body. It is necessary to observe the type of nutrients according to the physiological moment

Our Skin During Pregnancy

In the course of our lives, the skin presents a series of changes and modifications that are influenced by hormonal, nutritional, environmental states, among others, which can vary and affect the quality and

Why Are Vaccines Important?

Our body is constantly attacked by foreign elements such as bacteria, fungi or viruses that, upon entering our body, generate various diseases. These harmful elements are called noxas. Against this we have a defense

What Habits Harm My Skin?

The skin is the largest organ in the body and by forming an external protective layer it is exposed to multiple environmental and local factors that can damage it and accelerate aging. These external or environment

The disease has been the company of human beings. We see in ancient papyri the existence of diseases, even those that now seem new to us. In ancient times, the disease was seen as the punishment of the gods or the

Using Sunblock In The Winter

The sunny days are leaving and we enter cold days, apparently without sun rays, because we do not see them, however, they are there! We have to take care of these rays so that they do not damage our skin. It is the

How To Channel Anxiety

It's three in the morning, everyone sleeps at your house, but not you. You toss and turn in bed from one side to the other. You think and think. You do not know what to do. You despair, you sweat, you go to the bath

The Benefits Of Glutathione

Antioxidants play an important role in our daily life, because they help reduce oxidative damage caused by free radicals. In this way, they protect our cells (1, 2). Glutathione is an antioxidant that is talked

The Importance of Vitamin C

Let's start from the fact that vitamin C (ascorbic acid) is an essential nutrient. This means that in no way can we be lacking in the proper concentrations. Humans, guinea pigs, primates and some bats do not

The skin is the largest organ in our body, it protects us and fulfills a series of functions that allow us to connect with our environment through pain, temperature, vibration, among others. You have to learn to 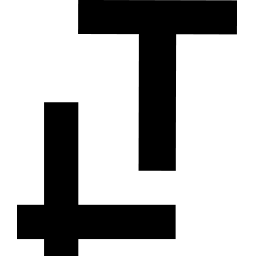